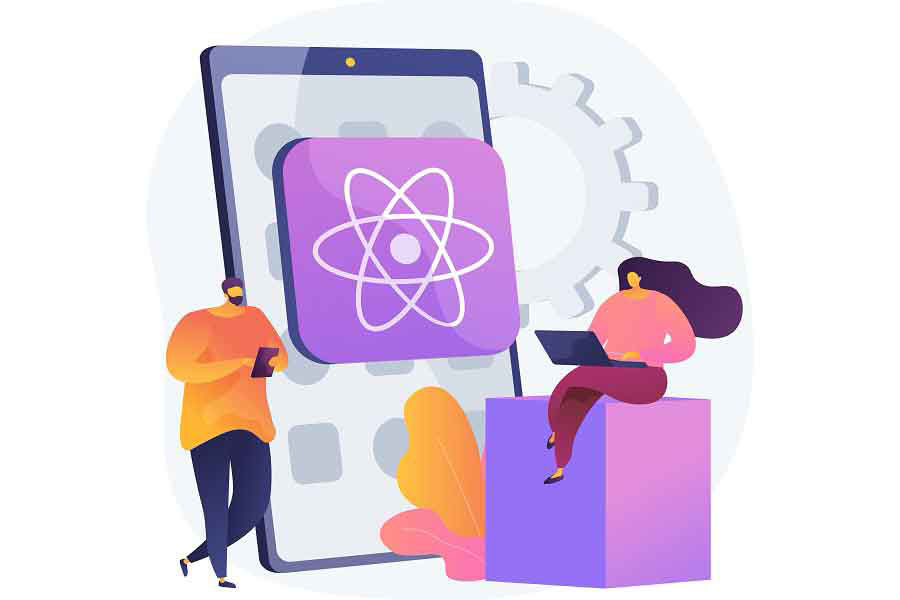 React Native is cross-platform mobile development software that allows developers to craft apps for both android and IOS simultaneously, enabling app developers to be more economical and time-efficient.

Given its efficiency to make an app for more than one platform React Native act as a bridge between two or more operating system such as IOS and Android, With reduced cost and app availability on more than two operating systems simultaneously, such cross-platform app development software gives businesses of a particular industry an edge over their counterparts

Satyanaam Services understands the importance of Applications running on a different operating system that opens the door for a broader range of users on other platforms.

When making a cross-platform app, You don't have to choose a specific operating system for your app as react-native allows you to create apps for iOS and Android platforms, which gives your app a broader user base

When making an App for both IOS and Android, there are some gesture and design differences. React Native eliminates such issues as these apps are made on the shared codebase, which allows the look and identity of the app consistent irrespective of the operating system it is being used on

Since a common codebase is used to make a cross-platform app for both IOS and Android, developers can create apps quickly, as many codes are reused to create one app for different platforms.

Developing a cross-platform app is more affordable than developing a single operating system-oriented app. Only one software and codebase are used to create the apps for different ecosystems.

When the client approaches us for their app development, we make sure all the requirements are thoroughly discussed, keeping utmost transparency. Our team then carries out a detailed analysis report for research to make a cost-quality study and ensure that all objectives are achieved according to the client's requirements.

Once Our team has completed their research, we move ahead with developing the app's blueprint that consists of its design structure and functions. Once the client approves the blueprint, a prototype is developed that becomes the foundation of the app development.

Once all quality standards are met with the prototype, Our team of experienced developers and engineers works on the software to deliver the final product to the client since it's a cross-platform app which means the app is functional on more than one operating system this allows our team to take this project as a single project, all the backend work of the app is completed at this stage.

Once the final product is ready and before it is presented to our clients, our team takes the app through several testing stages that allow them to study the performance of the app in every environment, making sure that no compromise has been made to our client's vision and that a good product has been delivered.

Release of the Application:

Once the testing is done, the app is then released on both platforms as it is a cross-platform application; this allows users of both IOS and Android to use the app simultaneously.

Why choose Satyanam Services for your next React Native App Development?

Responsive and Experienced team of Developers

Our team of developers and engineers are adept and carry a lot of experience working on this state-of-the-art software that requires the understanding of different operating systems. They make sure no stone is left unturned, and that essence of our client's idea is intact with the product.

We make sure our client's vision stays intact right from discovering the idea to the final product; for this, we provide our clients with diversified rates and packages, keeping the balance between the design and the quality of the product the app.

At Satyanam Services, we understand that technology is ever-changing and updating. Our team ensures that the app developed meets the current standards of the tech industry and is accepted in the international market.

We believe in taking an agile approach when it comes to developing an app, which means we are acceptive to our clients' request for any changes or feedback; we make sure first to explain the stage of the development to our clients before we commence on it.

On-time delivery of the App

Want to develop a ReactNative application for your business?